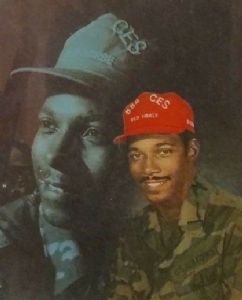 Clifford Jester entered into eternal rest on Sunday, January 5, 2020.Clifford was born on March 19, 1946 in Griffin Georgia to the late Deacon Orelious Jester and the late Mother Louvenia Marshall-Jester. Clifford was educated in the Griffin-Spalding County School System and was a 1965 graduate of Fairmont High School where he played various sports.After graduation, Clifford joined the United States Air Force, where served proudly until his retirement for 22 years. After his serving in the Air Force, he was employed by the State of Georgia Department of Corrections at Georgia Diagnostic and Classification State Prison, Jackson, Georgia; then with the United States National Parks Service in Atlanta, Georgia where he was instrumental in the renovation of the King Center.He then went to work for the Center of Disease Control, where he retired after 22 years. Clifford was a member of the VFW Post 5480 in Griffin, Georgia. Clifford leaves to cherish his memories, two daughters, Mrs. Karen (Barnabas) Jackson of Riverdale, Georgia and Mrs. Chrisanthia (John) Jordan of Griffin, Georgia; three sons, Mr. Clifford Lamar (Jacqueline) Jester of Zebulon, Georgia, Mr. Clifford LaDunno (Robin) Jester of Henderson, Nevada and Mr. Michael J. (Shondonete) Horton of Macon, Georgia; 11 grandchildren; two great-grandchildren; two brothers, Mr. Eddie B. Jester of Griffin, Georgia, Minister Alfred (Arneda) Jester of Griffin, Georgia; one sister, Miss Pansy K. Jester of Griffin, Georgia; one special nephew, Mr. Byrone M. (Felicia) Jester of Griffin, Georgia; a host of nieces, nephews, cousins and friends. A visitation will be on Friday, January 10, 2020 from 6:00 pm until 8:00 pm at Conner-Westbury Funeral Home. A funeral services will be on Saturday, January 11, 2020 at 11:00 am in the Chapel of Conner-Westbury Funeral Home. Interment will follow at Oak Hill Cemetery.