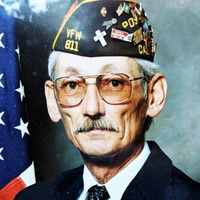 Kenneth Richard Geackel, Jr, 72, passed away Tuesday evening, September 24, 2019, in Savannah, GA.
He was the son of the late Nellie and Kenneth Richard Geackel, Sr., and was a native of Long Island, NY. Retired from the United States Army, he was a Vietnam veteran and past Post Commander of VFW Post 811, Marina, California, and Post 6602,
Hinesville, GA.

Kenneth was a great supporter of our Veterans. He served as Georgia Grand Commander of the Military Order of the Cootie, The Honor Degree of the VFW, caring for hospitalized and shut-in veterans. He was an avid golfer and had a passion for fixing things and lending a helping hand.

Carter Funeral Home Oglethorpe Chapel k in charge of the arrangements. Online
condolences can be made at www.carteroglethorpe.com.