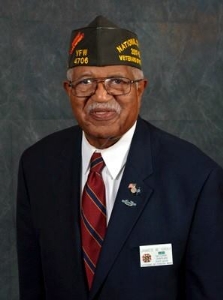 James W. Gray is also the VFW National Chaplain. Chaplain Gray, of Decatur, GA, was elected national chaplain of the Veterans of Foreign Wars of the U.S. on July 26, 2017, at the 118th VFW National Convention in New Orleans, LA.

James received his Bachelor of Science degree from Clark University. He became an ordained minister in 2014. James worked for IBM Corporation for 30 years, retiring in 1990. He then joined Prison Fellowship Ministries as director of in-prison programs, retiring in 1998.

He is a member of the Reserve Officer Association and the American Legion. James and his wife, Sadye, reside in Decatur, GA.