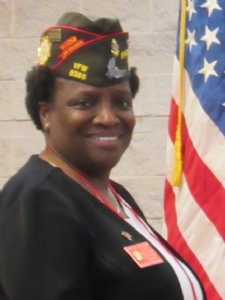 Upon graduation from Clinch County High School Patsey realized that she wanted to join her brother and sister and pursue a career in the United States Navy. She joined the US Navy straight out of High School but was placed in the Delayed Entry Program for a year and a half. While awaiting her ship day she attended college to get a start on her secondary education.

After eight years as a basic Hospital Corpsman Patsey was selected to be in one of the first Medical Administration Classes.  She reported to Naval School of Dental Assisting and Technology in San Diego, California. With a new skill set Patsey was transferred to Naval Medical Clinic Kings Bay, Georgia where she served with the USS Canopus, USS Oakridge and was sent on temporary duty to Naval Station Norfolk to assist the USS Emory S Land. As a Medical Administration Technician PatseyElizabeth also served onboard the USS John C Stennis, USS Constellation, U.S. Naval Hospital Guam, Naval Personnel Command Millington, Tennessee, and U.S. Naval Hospital Rota Spain.

Patsey served with honor and distinction for 25 years with awards including five Navy Commendation Medals, three Navy Achievement Medals, two Navy Unit Commendation Medals, two Battle "E" Medals, Outstanding Military Volunteer Medal, seven Good Conduct Medals, Armed Forces Expeditionary Medal, Global War on Terrorism Medal, and numerous other medals, awards and commendations. After over 25 years in the Navy, Patsey transferred to the Fleet Reserve.
Following the military, Patsey pursed another dream of working in her community to help others. She looked for opportunities and found her place as a volunteer at her local Habitat for Humanity, United Way and serves as a member of the Board for Salvation Army.
Patsey served as Commander of Veterans of Foreign Wars Post 8385 Kings Bay GA for two years earning All State and All-American Commander both years. She has also served as Department of Georgia, District Seven Commander earning both All State and All-American Distant Commander.
Patsey is the mother of two adult children Dion and Karly.